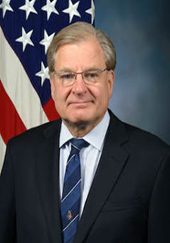 Ambassador Richard Norland, a Career Minister in the U.S. Foreign service, currently serves as United States Special Envoy for Libya. Ambassador Norland has served as U.S. Ambassador to Libya, Georgia and Uzbekistan and as Deputy Chief of Mission in Afghanistan and Latvia. He has also served as the Foreign Policy Advisor to the Chairman of the Joint Chiefs of Staff; International Affairs Advisor/Deputy Commandant at the National War College; Director for European Affairs at the National Security Council; and Senior Fellow at Georgetown University’s Institute for the Study of Diplomacy.

Earlier in his career Ambassador Norland served as Political Counselor in Dublin; U.S. Representative and acting Mission Head for the CSCE Mission to Georgia; Senior Arctic Official coordinating the U.S. Chairmanship of the Arctic Council; sole diplomat in Tromso, Norway (250 miles north of the Arctic Circle); and Political Officer in Moscow covering then Soviet relations with the Middle East and Africa. He was also a Special Assistant for African Affairs to the Under Secretary for Political Affairs and worked on the South Africa and Norway-Denmark desks. His first tour was in Manama, Bahrain. 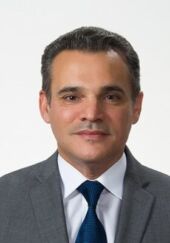 Pedro is a Foreign Service Officer with the U.S. Department of State and serves as the Economic and Commercial Officer in the U.S. Embassy to Libya, Libya External Office.  He holds degrees in Economics, Finance, and Business Administration and worked in the private sector prior to joining the Service.  He is fluent in French, Spanish, German, and Portuguese and currently learning Arabic.  Pedro enjoys traveling, cooking, and outdoor activities.
Read More 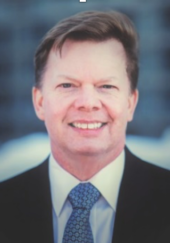 Keith Kirkham became Regional Minister Counselor for Commercial Affairs at the United States Embassy – Cairo, Egypt in January 2022.  Kirkham’s immediate prior assignment was in the equivalent role in U.S. Embassy, Tokyo (2017-2021) for a career total of nine years in Japan.  In 2018 and 2019 he also served simultaneously as Acting Senior Commercial Officer for Australia, New Zealand and the South Pacific in 2018 and 2019.

Kirkham previously served as Minister-Counselor for Commercial Affairs at the United States Embassy – Moscow, Russian Federation, where he had regional management responsibility for Russian, Kazakhstan, Ukraine, and several other countries of the former CIS.  In that role, he created and executed a program to create value for American companies in frontier markets such as Armenia and Belarus.

A career Senior Foreign Service Officer with the U.S. Department of Commerce’s Foreign Commercial Service, Kirkham and his agency help American companies succeed in overseas markets.  This work includes providing strategic advice and practical assistance to American businesses seeking to enter, expand, compete, or invest overseas.   Kirkham has been recognized by the interagency for his vision and expertise in executing practical measures overseas to build influence for the United States versus adversary nations, and as a valued partner by the defense, intelligence, and development communities.

With a proven talent for international business strategy, and persuasive government relations, Kirkham has created value and preserved market share worth hundreds of millions of dollars for hundreds of companies across three continents.   In addition to Russia and Japan, his prior assignments include Bucharest, Romania, and Sydney, Australia. He continues to mentor officers globally.

Before joining the U. S. Government, Kirkham worked for a private sector management consulting firm specializing in high-tech manufacturing clients, and as Director of International Commerce for the state government of Maine.

Kirkham holds a Master’s degree in Public Administration from Michigan State University, and a B.A. in political science and international relations from Indiana University.  He speaks Japanese, Russian, Romanian, and some French.
Read More 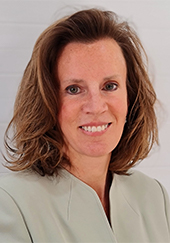 Debbie comes from a background in emerging markets, energy and investment banking. Her experience includes senior positions on the investor, lender and government sides of projects. She spent many years in Project Finance and Export Finance at BNP Paribas, including as Managing Director and Regional Head, leading an international team located on multiple continents.

Prior to Libya, she worked for the government of Oman, preparing and running competitive bids for power generation and water desalination plants, as well as managing the privatization of state-owned power facilities.

Resident in Libya since 2013, she is on the board of two Libyan companies in the industrial and construction materials sectors. Libya is the 11th country Debbie has lived in. An American citizen, Debbie has a degree in Economics from the University of Pennsylvania, and an MBA from Vanderbilt University. 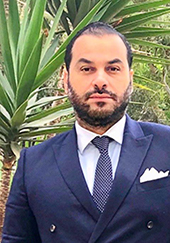 Ahmed has an extensive career as an entrepreneur and businessman. He has owned and operated a marble and granite factory and quarry in Egypt, and he has founded an international media company and a real estate development company.

Ahmed has operated as an American brand franchisee in Libya and in the radio broadcast sector. He is an owner of a number of Libyan companies, including Capital Group Consultants, B.S.K. Libya Construction, Nu Horizon Media and Emdad IT & Communications.

Ahmed has a degree in Business Administration from the American University in London as well as a Masters in Marketing from Webster University. 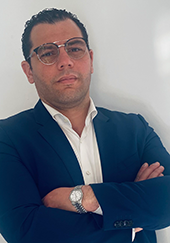 Ayed Guembri is Baker Hughes OFS (Oil Field Services) Country Leader – Algeria, Libya and Tunisia. Ayed has 11 years of OFS experience in various leadership roles across the Middle East and North Africa region. Ayed has a B.Sc. Electrical Engineering degree from the National School of Engineering in Tunis, and an Executive MBA from the South Mediterranean University. 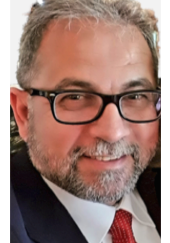 Mr. Saad is currently the Regional Power Operations Manager for all Power projects in Europe, Africa and Middle East region. He is a Vice President of Bechtel International Inc and General Manager of Bechtel’s Branch Company in Libya and the Country Manager of Libya.

He has more than 39 years of experience in project management on fossil and nuclear power plant projects as well as industrial facilities, commercial and residential high-rise buildings and medical facility projects worldwide. He has been with Bechtel since 1991. 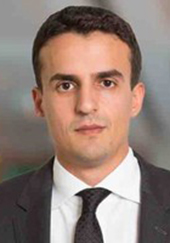 Tarek is the founder and managing partner of leading Libyan law firm, Eltumi & Co., which specializes in providing commercial legal advice to American and international companies in support of their business interests in Libya.

He is a dual Libyan/New York qualified lawyer, fluent in English and Arabic, with experience advising on corporate and commercial matters, oil and gas, finance and dispute resolution matters.

Tarek was a Partner at international law firm Hogan Lovells International LLP where he led the Libya practice and was also a member of the Infrastructure, Energy, Resources and Projects practice and the Africa practice.

While working at two well established Libyan law firms, Tarek advised on a range of innovative international finance deals, such as the first international limited recourse project finance deal; and oil and gas matters, including the re-entry of the Oasis parties following lifting of US sanctions. 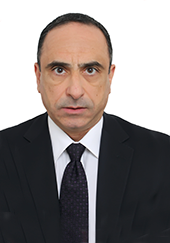 Ahmed Helmy is Halliburton North Africa Vice President. With over 30 years in the industry, Ahmed has held various roles with Halliburton, including Indonesia Vice President, Regional Wireline & Perforation Manager, Iraq & Libya Senior Country Manager and Business Development & Strategy Manager.
Mr. Helmy holds a Bachelor of Engineering from Cairo University and a Master of Business Administration from the Sorbonne University. He is a graduate of the Halliburton President’s Leadership Excellence Program.
Read More

In 2011, he founded Libya-Analysis®, a consultancy which specializes in monitoring, mapping, advisory and due diligence products. In 2015, he founded Eye On ISIS In Libya, a non-profit 501c3. In 2017-18, he served as Executive Director of the U.S.-Libya Business Association.

Jason is the editor of The 2011 Libyan Uprisings and the Struggle for the Post-Qadhafi Future (Palgrave Macmillan 2013) and lead author of The Origins and Evolution of ISIS in Libya (Atlantic Council 2017). His articles have appeared in The New York Times, The Wall Street Journal, The Spectator, The Financial Times, The Guardian, Foreign Policy, Newsweek, and Foreign Affairs. 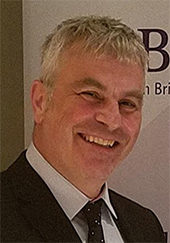 Resident in Tripoli since 2018, Simon is General Manager of Orkin Libya, a US-based pest control company. Prior to Orkin, Simon was responsible for the Environmental Engineering Department at a leading London-based demolition services company.

Responsibilities included developing environmental monitoring and mitigation programs for large projects in sensitive locations in order to ensure that all works were performed in compliance with relevant legislation.

Prior to transitioning to the private sector, Simon had a 25-year career in the British Royal Navy in maritime communications. 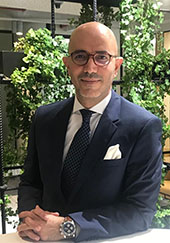 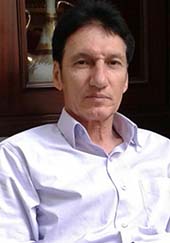 Jamal is a Libyan American businessman and consultant, resident in Misrata. He has provided consultancy services for many leading companies in Libya, and has previously served as General Manager of the Misrata Free Zone. He sits on a number of Boards of Libyan investment organizations.
Jamal holds an Engineering Degree from Purdue University and an MBA from Western States University.
Read More